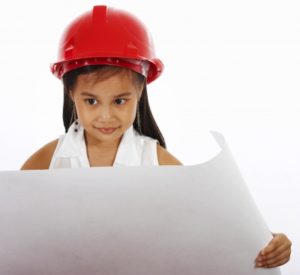 Our medical director, Dr. Whitenton, is sharing the proper safety precautions that need to be made to ensure your home and family are safe and secure. Here’s what she had to say!

January is a great time to check in with a number of important house-hold maintenance issues such as changing batteries in the smoke alarm. Beyond making sure the home is safe and ready to alert everyone in the event of an emergency, reviewing the household emergency plan is a great idea as well.

Ensure that all members of the family know how to escape the home in the event of a fire, and explain to kids that crawling on the floor during a fire to find the escape route will keep them safer from smoke inhalation. Once outside, the family should plan to meet somewhere safe, such as under a streetlight a few houses away. An important part of a safety plan is to practice. Parents can watch kids in their rooms as they pretend to escape and coach them, telling them things like, “The door is hot. What do you do now?” Practicing a safe escape in the event of an emergency can cause some worry and anxiety in kids, so also reassure them that the home is safe and that everyone takes care of it to make sure nothing bad will happen. Let them know practicing is part of keeping everyone safe. Show them signs in public buildings that show escape routes as well, so they understand that there are plans outside the home to keep them safe in an emergency. If it becomes routine, it won’t be so scary. Have a safe and blessed 2016!

Meet the Author: Dr. Kristi Whitenton joined the Urgent Care for Kids team in August 2014, and is now our Austin-area medical director that can be found treating little ones at all three of our Austin locations (West Round Rock, East Round Rock, and Cedar Park). She is also a fellow of the American Academy of Pediatrics, and just started her seventh year working in pediatric urgent care. In her spare time, she enjoys running, baking, and supporting the visual and performing arts.